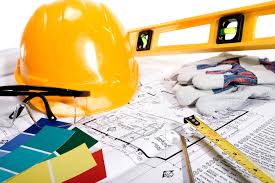 If you are thinking about putting a “for sale” sign in front of your house, you may also have home renovations in mind. It seems logical that replacing outdated features, dingy appliances and worn carpeting should increase the value of your home, but don’t be too sure. Some renovations have a poor return on investment, while others will do little to impress buyers with their own vision for the property.

A new front door can be one of the best home improvements to increase value. According to Remodeling Magazine, you’ll recoup almost 91 percent of the cost on a steel entry door and nearly 78 percent on the price of a fiberglass one.

New garage door. When it comes to what it considers upscale renovations, Remodeling Magazine says replacing the garage door offers the best return on investment. Sellers can expect to recoup 85 percent of the cost of this project.

House Renovation Before and After

Kitchen remodel. Said to be the heart of the home, the kitchen deserves some extra attention if you’re hoping to sell. “You want to go after the wow factor,” says Michael Foguth, founder of Foguth Financial Group in Brighton, Michigan. 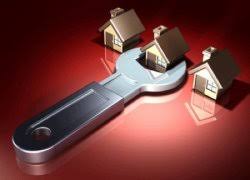 That doesn’t necessarily mean making a complete overhaul, but could include refacing cabinets or updating finishes or other  custom renovations. A minor kitchen remodel will recoup 80 percent of its cost, according to Remodeling Magazine, while a major mid range kitchen remodel only has a 65 percent return on investment.

Adding a bathroom is a major investment, and it doesn’t have the best return. Reports from both the National Association of Realtors and Remodeling Magazine say homeowners will recoup slightly more than half their investment. However, it may be essential to making a sale, especially if there is only one bathroom in the house. “When you’ve got over three bedrooms and you’re all sharing one shower, that’s really tough in a resale market,” Shepherd says.

More square foot the higher the cost to redo house. Refinishing a basement or other space can dramatically boost the value of a house in some areas. “In Denver, we have a high price per square foot,” Shepherd says. “To spend $20,000 to $30,000 to finish [off a space] makes a ton of sense.”

A 2015 National Association of Realtors report considered the value of converting a basement to living space. It estimated homeowners could expect to recoup 69 percent of the project price. The return on investment for converting an attic to living space was estimated at 61 percent.